POSSIBILITY OF THE LIMINAL

The following is Part 3 of a series on the liminality of dreaming.…

…It is the place that dreams work the most – the edge and the limits of what we know and believe to be possible. How to have those limits be a place of threshold.

Which is all very esoteric.

I love the esoteric, the theoretical, graphs like the image of the vescis pescis, I love metaphor and symbols.

But, or rather, and what does it actually mean to each of us.

The Gesture and Being Gestured

Being in a place where we are gestured in our dreams into the liminal, into facing into where we have been limited, into experience – the point is not to simply push us through into something else.

The only way to take this out of the realm of theory is to bring it to the particular. To give example.

In my dream with the door between a shadow world of the past and the bright unknown world of what was possible, there was no one shoving me through the door. The dream was an invitation to be with the fact that I was at a place of stepping into something new. Into the unknown.

Lovely as metaphor. Lovely in a broad context.

If I were to stop there, however, the very heart of the dream would be missed. There is so much more to that moment in a very personal and particular way for me.

The dream does not just speak to the invitation of stepping into the unknown. I would call that an “obvious” – something that seems relatively clear in a dream experientially as well as theoretically and intellectually. There is a door, there is the unknown. Here is the invitation.

If I were to stay with the dream in the obvious, then this dream can become almost universal. “Look!” I can say, “The dreams are about stepping through doors, into the unknown.” Which, of course, is true. At one level.

Then there is what I call the “not-obvious.”

The “not-obvious” is the second gesture of a dream which comes from the exploration of relationship between the dream and the dreamer. The gesture that opens when we open to our own experience around the dream.  The particular. The eco-system that is of the actual dreamer, me, and the actual dream.

The Gravity of the “Not-Obvious”   –  A Living Example

I am standing at threshold – a simple rectangular shape. No door. On the other side is a blank space of light. I could make out no shapes, no shadows, no ground even to walk on. Behind me, I could feel the life I had lived. It was in shadows, but shadows I could make out when I turned back toward it. The only way to know what was on the other side of the threshold was to step through it. I feel both fear and possibility.

The “not obvious” in the dream is about what I brought to that moment of the door at the time of the dream. All my singular experience I carried in my particular history as I faced that open door – including spiritual, economic, familial, racial, gender, cultural. Including trauma work. Including all the stories I had ever carried about myself and all the personal mythos I created based on this experience.

At the time of this dream, which was many years ago, I did not know that there was any possibility in me.

I had lived a life of no doors.

I did not that there could be a door out of my life, my past, the way I had learned to survive in the world. I had lived as a girl in a world where the boys were the successful ones. Where a successful woman meant to be brutal, cold, controlling. I had lived as a girl whose body was not my own from a young age through the experience of sexual trauma. A body to be sacrificed and given over in order to be loved, to be comforted. I had lived a life as a soul who believed that there was only darkness and non-possibility inside. Best I could be, I was told and I internalized and rationalized, was to be helpful, to offer myself to others, to erase any need, any spark of light, any passion to the other.

I had settled into what I believed to be a reality of learning to live without possibility, without voice, without passion. How could I “get by”, how could I get bare needs met and then simply disappear into a tapestry of human beings so that I would not be hurt again or worse, hurt someone else.

I had settled into a perceived reality that was both given to me and also that I received as true, that I was dark, even harmful. That the best way for me to move through the world was to stay in the shadows. To stay in the story of my experience, of what I had been taught about who I was as a girl, who I was as a force in the world.

These are some of the beliefs of my particular eco-system that I brought to the dream:

I believed, at 20, that if I had a child, I would somehow physically hurt them.

I believed, as a teen, that my fire, my bigness, was dark, was reckless, was something to control. And when my fire turned to anger and being unkind with others in some way, I used these moments as justification for the belief. (Even if anger was an appropriate response and I was not unkind.)

I believed, as a girl, that I was the cause of my mother’s rage, my father’s depression. I was told this and I believed it

I believed in my sexual trauma that it was my need for love and comfort that caused the violation. That, in fact, I had harmed the other.

I believed that I was not someone another could love.

There was no place for a girl like me, at that time in our collective history in my place in the world (midwest US), to find other kinds of stories.

But that was all I believed. I did not dare even believe that there could be a door.

All of this pulsated inside of me as I stood at that opening.

The Revelation Underneath the Obvious

This is the particularity. For the dreamer in this dream, for me, it was not just that there was a door, but that there could be a door. This was revelation for me, the dreamer at the time.

That I could be someone who could step into and through a threshold, into newness, into light, was also revelation for me.

(There are moments when it still is.)

The particular invitation of this dream for me at the time is not just that there is a door, but the simple fact that there is a door. That I was did not have to be forever defined by my past, my trauma, my gender, my place in my family and the greater context of the culture of the time.

The point was not to leap through the door, like a leap into unknown. Part of the gesture and the healing of the dream at that moment was to rearrange the way I had felt about my very beingness.

In my process of being guided through healing and also guided and held in the process of becoming, I have learned to sort out the lies I ingested as a soul in the world.

This is the particular. This is the “how” of how dreams work in relationship with us around what we bring to each moment of each dream.

This was one step in a journey (one that is still in process).

When we work with the liminality of dreams in this way, in the honoring of the particularity of the dreamer and where we are in our lives, then the liminal begins to inform not just our dream state, but also our particular ecosystem. Our beingness can be changed.

What was once a desolate inner landscape based on many factors inside of me as the dreamer, can be (and has been) changed.

Not long after receiving the threshold dream and working with all the “obvious” and “not-obvious”, after letting the dream alter me and some of my beliefs about myself, I had this dream:

I have been walking through a desolate flat desert, the ground baked hard, no vegetation at all. As I walk, thirsty, I see a line on the horizon and I move toward it. As I approach, I see that the desolate landscape stops abruptly, a sharp line even, and the landscape changes immediately to a lush jungle with wild flora, enormous trees. Colors literally bursting. As I approached the clearly demarked line between the two landscapes, I only hesitated at the line before plunging myself into that color.

Next installation – Out of and Into: The Fluidity of the Liminal. 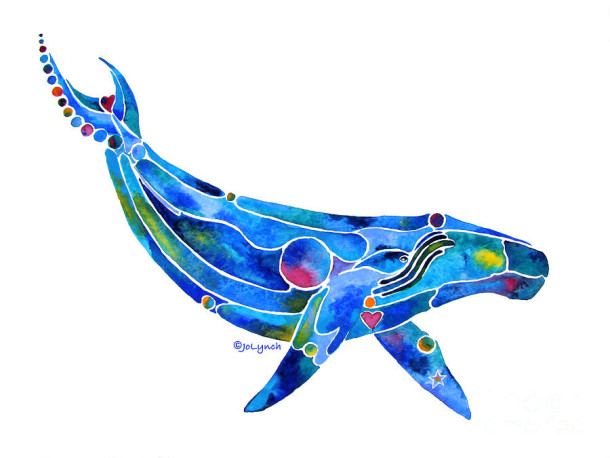 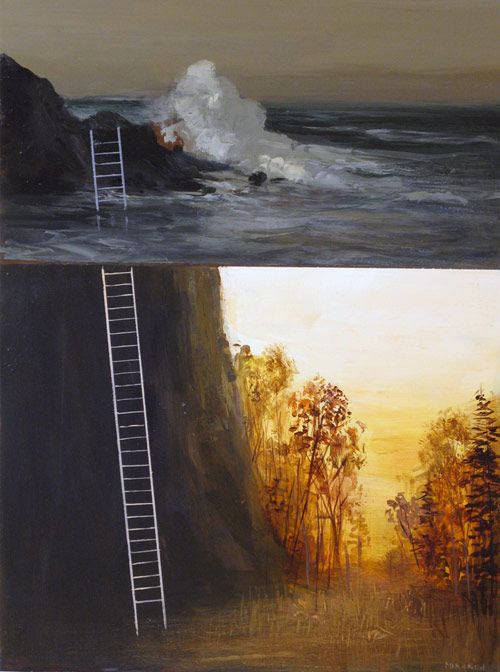